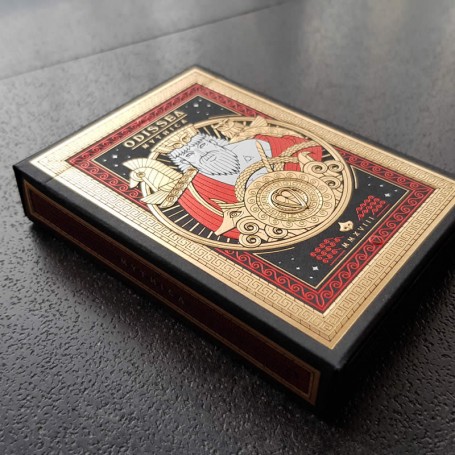 Under the eyes of the Gods, he will meet men, women, prophets, monsters, witches, nymphs and cyclopes. Some will help, some will hinder. His journey will be mythical.

Odissea is a new series of playing cards by Thirdway Industries, designed by the Italian designer Giovanni Meroni, inspired by Homer’s Odyssey.

There are three decks in the Odissea series: Odissea Minerva, Odissea Neptune and Odissea Mythica Limited Edition.  Everything will be completely different for each deck. Tuck boxes, back and cards.

Minerva is the first Odissea deck. It’s dedicated to all the characters who helped Ulysses in his Odyssey.

Odissea Neptune is the second Odissea deck. It’s dedicated to the enemies of Ulysses.

Mythica is the limited edition and include all the characters in one deck.

Those decks were totally unplanned  and made to solve a problem – for this reason, are very limited. Originally stated as only being available at Thirdway Industries, Giovanni has allowed us to stock a small amount of limited edition decks to allow the UK / European market better shipping and no import tax. 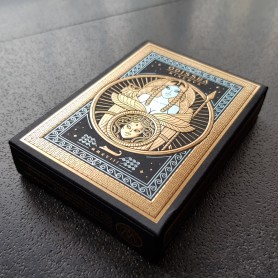 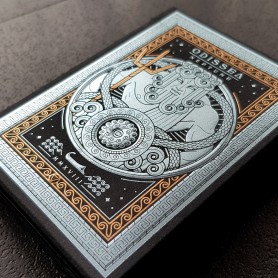 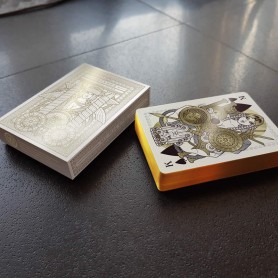